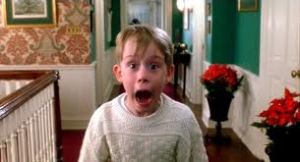 Before that, though, my day was frantic if normal. I even made time to go to the new makeup store with a friend. I’m having difficulty being productive in between schlepping Colby everywhere (school ->basketball->orchestra->home->bed), so filling up 30 in-between minutes looking at sweet smelling false promises was a welcome activity. I bought some body oil and detangler and new foundation. I left in time.

Colby was totally ready to roll when I picked him up at practice.

I dropped him off at orchestra practice, which just happens to be where I work. I let him know that I was going to the gym first and to meet me in my office when he was done.

At the gym, I ran for the first time in a few weeks. It was slow and visceral and I was so so happy to get sweaty. Then my phone rang, and I answered it even though I NEVER answer unfamiliar numbers. Never. Colby didn’t have practice. He had been waiting at the school for an hour. I turned off the treadmill and wrestled with my keys and earbuds while checking my email because he said “Mom. I sent you an email…”. It read something like: “mom, I’m hungry, come get me before the janitor kicks me out”.

I made it from the gym to my office in three minutes to find all the lights off and no sign of my kid.

Seven awful minutes and three bathroom checks later, I found him, but not before I had to tell a group of co-workers that I lost my kid and had they maybe seen him anywhere.

This must be my lucky week though, because not only did I find him in one physical and spiritual piece, he told me “mom – don’t sweat it”.

View all posts by frommidnightoil